Open Banking: Will it be a tango or a ‘Danse Macabre’ for Fintech and Banks?

Open Banking: Will it be a tango or a ‘Danse Macabre’ for Fintech and Banks?

Now that the floor is nearly open for true open banking in Europe as a result of the passing of the PSD2 kick off date this Sunday, observers sit tight to see the scene unfold. Will we be enjoying a Danse Macabre with the incumbent banks in a leading role or a ‘Scent of a Woman’ tango, the unforgettable picture of experience and youth joining forces? ‘Danse Macabre’, is a brilliantly played piece of music and dance whereby at the breaking of dawn, the PSD2 cockerel crows, the banking skeletons hurry home and the tombs close.  ‘Scent of a woman’ leaves the observer with an entirely different picture, an unforgettable sensation. The battered and beaten elder gentleman - brusque in manner, with limited sight of the world around him (to say the least), but with a wealth of life ‘science’ - was in possession of a skill perfected over time: the tango. And with the use of all of his experience, personality and skills he gently coaches a curious young woman into the first steps of tango, across the barriers of the initial unknown, lifted by her spirit and joy, he comes to his most authentic ‘self’. One party at first leading, the other willing to learn, they quickly form a new joint rhythm and the combination of those two paints a picture of intense harmony as well as pure excitement and passion. This is no collaboration; this is a union of minds and bodies.

From Fintech vs Banks to Fintech and Banks

Much has been written about the necessary collaboration between banks and the fintech industry, often in conciliatory terms – with the best intentions – of how important it is for banks to change and embrace the fresh start-up spirit, the creativity, the speed and the open minded approach to the world. Yes, yes, true but how.

As an avid Economist reader I went back to an archive of May 2015 when a special report on banking covered the ‘uneasy symbiosis’ with the telling title: banks versus fintech. The article wondered how long it would take for the fintech industry to take over the incumbent players. Banks, it stated, were saved by the power held through the current account, which was a fair statement at that point in time. The fact that ‘owning’ and running a current account also contributes to a disproportionate amount of cost for the banks, was in 2015 not on the menu, but will become an item of interest in this post PSD2 era. (more about this in a next blog).  The article finished with the reassuring statement that banks have a long life ahead of them but they will have to work much harder ‘to make it a profitable one’.

Jump two years ahead to end 2017 and the common citizen reads disturbing articles in the general media about Google, Amazon, Apple or ‘worse’ the Chinese super power Tencent ‘looking over your shoulder and running off with your data and bank account.’ That scaremongering is unfortunately how the general public gets informed about PSD2 and open banking. Hardly a word about the fact that Europe has actually harnessed the consumers’ data and rights into (at least) two laws: PSD2 and the GDPR. The fact that if consumers do not wish any change in their situation they actually have to do nothing, and if they do, it will be done in a regulated environment with fine grained access and control, is hardly mentioned too. Finally, the winner will not be the one with the most data, it will be the party – bank or (fin)tech – who turns that data into relevance for the end customer – consumer or corporate alike. That could be a Google, but banks working with fintech partners are very well positioned at this point in time to not lose that market.


We are responsible for making this work - not them, us!

As insiders in open banking we can all comment with authority, but emotion and opinions rule supreme these days and thus we – the collective fintech and banking industry – must take responsibility to make this work for our joint end customers. Not them, us!

Working together as banks and fintechs and - incumbent IT players for that matter – requires more than a willingness to change and mutual understanding. Across the line of belief in the open banking future we can push the dial from the left with arrogant bankers who think nothing will change in the end to the far right where some fintechs suggest that banks are destined for oblivion, sooner or later. If you look at the amounts of money poured into fintech one would hinge to the right, if one looks at the amount of customers switching from banks to challenger banks, one shifts back to the left. Only now that the game is kicking off with some rules of play can we move from observing into participating and reading results.

Banks have two things fintechs envy them for: clients and trust. Yes, trust, for as much as we whinge about them, people and businesses by and large trust their banks and the enveloping regulation. Banks are pouring vast amounts of money into security and compliance – because we want them to and the regulators force them to. Banks also have customers who are lazy switchers and who cost a vast amount of money and marketing skill to move. Fintechs on the other hand have youth, speed, new (no heritage technology), fresh and open minds, and a broader more socially aware – inborn – radar.


Regulation is a fact of life and an opportunity

As woman of considerable age in terms of fintech – with one foot in the financial services and IT industry since 1995 – and another foot in the fintech community due to a wide range of roles, I find it most fun to see how much we need each other. In many fintech pitches I see great enthusiasm, customer experience and new tech, but often very little true attention to regulation and the details in those laws that create huge business opportunities. Regulation is not a hindrance or an evil; it creates projects and budgets and more importantly market access. It is better to be under light or heavy regulation than to be merely ‘condoned’, which does not bode well for longer term business plan. Banks have expansive experience in dealing with regulation and compliance, sharing that knowledge will speed up many fintech start and scale ups towards realistic solutions that benefit both parties and the end customer.


From the lab to the floor

Banks by and large opened fintech labs and other experimental environments that ranged from ‘free learning play grounds that exhausted and delayed many fintech firms living on false hope, to focused sand box centres in close contact with the business unit in the bank. Obviously the latter is the better alternative for both bank and fintech partner. Banks must be serious and not abuse their position of power by demanding more and more for nothing from fintech firms who queue up to be part of it. Tough love is what is called for, be clear and be straight – does your idea fit in our chosen way forward as an open bank. How high does it rank on our road map? At the same time, banks must be open to being ‘surprised’ by that one unknown pearl they would have never seen if not led to it. Fintech firms have to be less excitable too: demand a clear process, put a fee on your work, a begin and end date with relevant review terms and a clear indication that there is a business need in the bank for this. Deals are closed with the business unit, where money is made and lost so yes, prepare yourself for a – hopefully adapted – procurement process.


Embracing speed and new tech in a live environment

Banks who have the wisdom to work with a group of selected partners on open banking are fair to three parties: to themselves and their teams: they get access to real new tech and ideas with a realistic outcome for their bank’s strategic position. Secondly to their partners:  “We don’t mollycoddle you but give you a chance for a real test of your product and approach and to their customers”. And thirdly to their end customers, consumers, SME and corporates: “We do appreciate that it is time to offer you more relevant solutions that fit in your lifestyle and world”. By working in a real life environment with a limited number of partners, yet set up for a large scale implementation with the fintech partner, the incumbent IT player at the heart of their enterprise and the banks’ IT teams, real progress can be made.

Not all fintechs are twentysomething. Some are founded by people who sat on both sides of the fence, people with relevant scars on their back. People who know how to meander the corridors of procurement and internal IT in banks, people who painfully learned from wrong IT decisions and how to get out of lock-in scenarios. As much as women in business need the solidarity of other business women to climb the corporate ladder, fintechs need other fintechs to consolidate in one big fast learning engine. Don’t act as competitors but hunt in packs. Don’t reinvent the wheel of ‘standard APIs’ , reuse and scale fast(er).

January 13 is no end date, it is merely the beginning - it’s time to tango, and yes it takes two! Turn up the music and join the floor. 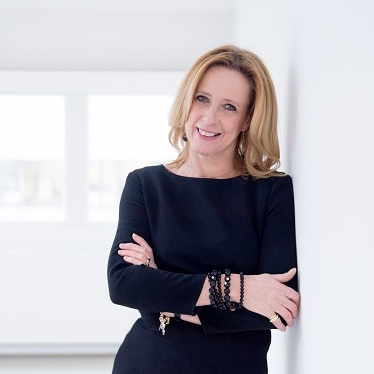 As covered by Forbes: BankiFi Offers Banks Services They Can Bundle For Their SME Customers